St.Kevin's win the first match played on the new pitch. 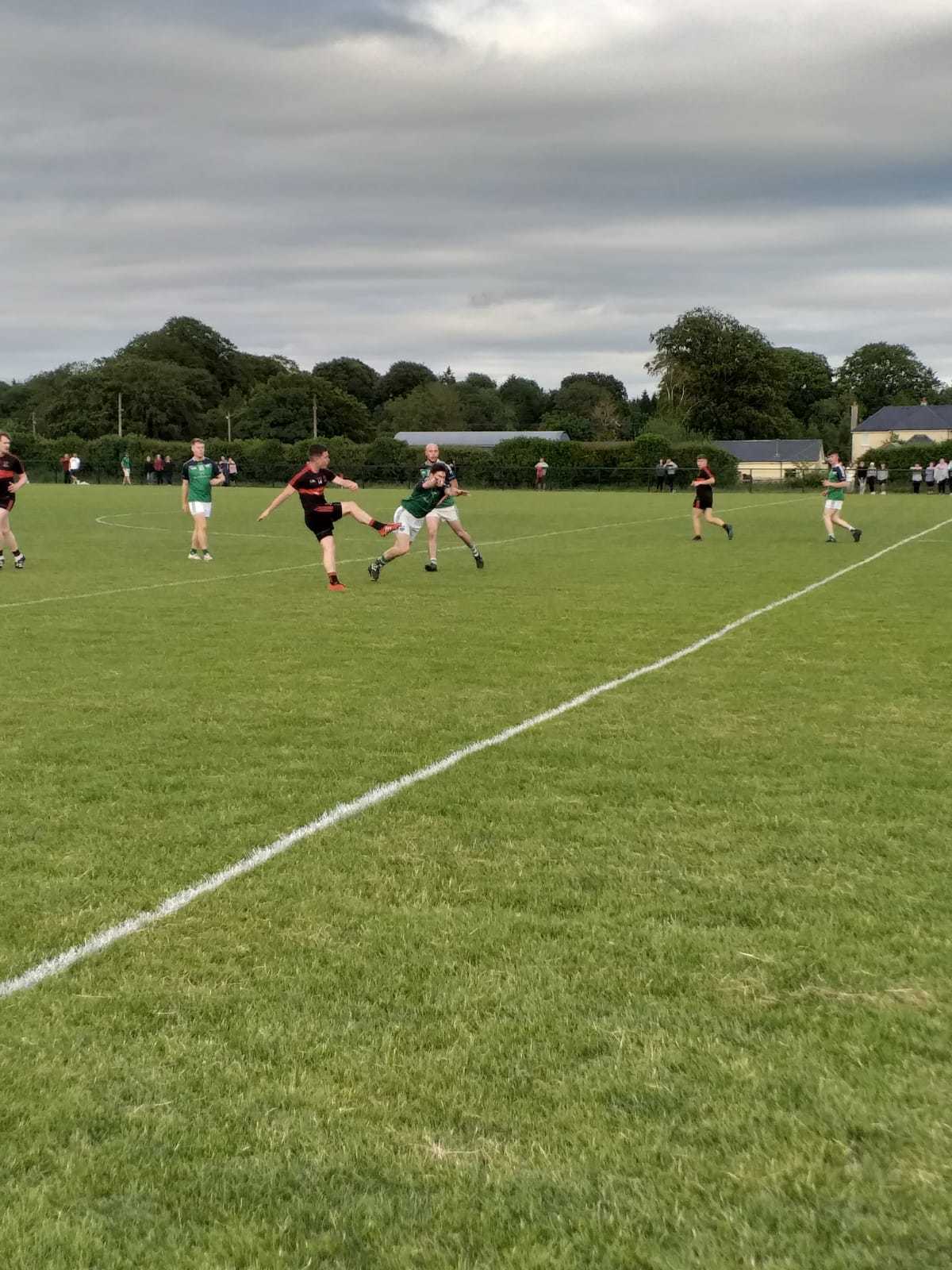 This SFL match was the first time a game was played on one of Kevin’s new pitches. This is part of the club's development of its facilities over the last few years. They can now boast 2 new sand-based pitches, one 130 x 80M and the other 145 x 90M along with an 80 x 40M Astro pitch to complement their original ground.

The game was high scoring with both sets of forwards causing trouble for the opposing defenses. The early stages were closely fought with the score at 3 points each after 10 minutes. Kevin’s started to ease ahead and were 3 points ahead when a good move by the forwards saw Dylan Brereton find the net. Kevin’s then began to pull away with the full-forward line of Jamie O, Brien, Barry Noone, and Conor Murray causing a lot of problems for the Rathangan full backline. A feature of the first half was the speed of movement out of Kevin’s defense, through midfield and half forwards with the full forward line providing the scores.

The second half began similar to the first but Rathangan refused to lie down and began to deliver the ball quickly into the forwards. This paid dividends as they found gaps in Kevin's defense scoring 3 goals in the process. At the other end, Kevin's were keeping themselves ahead by getting 2 goals themselves and were 4 points ahead with 2 minutes remaining. There was drama right at the end when Rathangan were awarded what seemed like a harsh penalty which was scored by Brian Mulally to leave one point between the sides at the end.

It was a great match and the big pitch suited both sets of forwards who picked off some great scores. All the Kevin’s forwards scored from play including substitute Ryan Casey who contributed 2 points when he came on and they just about deserved their victory due to the first-half display.

The girls played superbly tonight against a strong Kilcoc...

The ladies' minor team have their first match this Monday...

The club is officially opening its new fully lit walkway ...

Get live information for Club on the ClubZap App